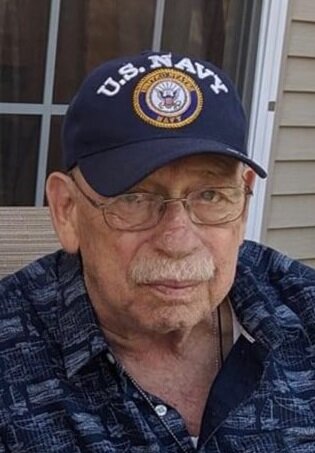 Please share a memory of Richard to include in a keepsake book for family and friends.
View Tribute Book

We are heartbroken to announce the death of our father, Richard Alexander Herman. He passed away peacefully at the age of 87, with his wife, Hanna, as always, by his side. Richard was known as a gentle, kind, loving, and caring person by everyone who had the pleasure of interacting with him.  He had the gift of being able to engage anyone (and everyone) in conversation and make them immediately feel like they were chatting with a close friend.  He was loved by everyone who knew him, and he gave love in return.

Richard worked as a general manager and owner of Monogram Insurance until the age of 84, and he was proud, as a young adult, to serve in the US Navy. Richard was a passionate writer. He wrote a novel, Lazlos Fire, a book of short stories and poetry, My February Lady, as well as many additional short stories and poems.

At the center of his life was his family. He leaves behind his wife of 65 years, Hanna, his brothers Matthew (Ellen) and Steve (Irene); and his four children Lee (Sharon), Mike (Angela), Cheryl (Steve), and Russell (Kimberly). He has also leaves behind 10 wonderful grandchildren, Nicole, Natalie, Kristen, Caroline, Thomas, Marc Lexi, Brandon, Carly, and Tyler, as well as two great grandchildren, Kinlee, Amaya, and one on the way. He was preceded in death by his father, William, his mother, Anne, and grandson, Peter.

The funeral service to honor Richard will be held on Sunday, October 30th at 10:30 AM.  It will be held Freeman Manalapan Marlboro Funeral Home in Manalapan, NJ. His burial will follow at Mt. Lebanon Cemetery in Iselin, NJ. In lieu of flowers please send donations to St. Jude or Peter DiSabatino Memorial Fund in care of Mike and Angela Herman.