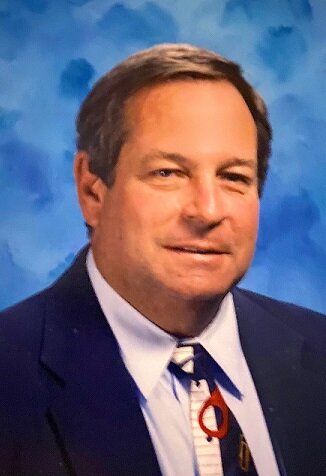 Joseph Patrick Quirk, Jr., age 79, loving husband, father and grandfather, passed away on Monday, October 18th at home surrounded by his family in Manalapan, NJ. Born in Jersey City, NJ, he was a graduate of Saint Peter’s Prep and College. He earned Master’s degrees in math and education administration from Rutgers University. He retired as a middle school principal of 19 years in Freehold Township at the Eisenhower and Barkalow schools.

Upon college graduation, he served in the U.S. Army as a Signal Corps Officer with the Fourth Infantry Division. After his service, he worked in management for Johnson & Johnson Health Care Products. He left J&J to pursue a teaching career, in math and science, first in Freehold and then in Freehold Township, where he also coached basketball at the Eisenhower school. He refereed high school soccer, basketball, baseball and softball. He enjoyed coaching Little League Baseball for over 25 years. He was a member of the Yorktowne Social Club in Manalapan and served on the Manalapan Township Emergency Response Team.

Joe loved the beach, gardening, traveling and sports. His favorite days were the gatherings of his children and grandchildren on the Washington Avenue Beach in Avon, NJ.

Visitations will be from 1pm to 3pm and 5pm to 7pm on Thursday, October 21st at Freeman Manalapan Marlboro Funeral Home, 344 Route 9 North,  Manalapan. In lieu of flowers, donations can be made in his memory to American Cancer Society. To leave a condolence or find directions, visit www.freemanfuneralhomes.com

Share Your Memory of
Joseph
Upload Your Memory View All Memories
Be the first to upload a memory!
Share A Memory