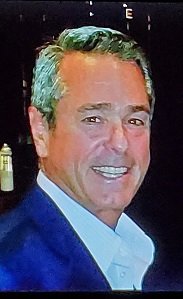 Lawrence S. Krompier (Larry), 58, of Millstone Township, passed away at home on March 14 after a long battle with cancer.  He was born in Newark, NJ, and grew up in Union, NJ.  Following his graduation from Union High School, he continued his education at Rutgers University graduating with a Bachelors’ Degree in Business Administration, with a concentration in Marketing.  He is predeceased by his parents, Norman and Sherry (Sirota).

As Senior Vice President, Member Services, Larry was a proud employee of the New Jersey State Chamber of Commerce in Trenton for the past 7 years. Prior to that, Larry was Executive Director of the Lakewood Chamber of Commerce, Lakewood, NJ.  He started his career at Seal-O-Matic Industries, Inc., a family owned business which was opened by his father in 1967, and served as the company’s President from 1994 until the business closed in 2007.   Larry also felt privileged to serve as an Honorary Commander at the Joint Base McGuire-Dix-Lakehurst for the past several years. As the son of a WWII veteran, he was thrilled to be able to continue honoring and supporting our military through this program.

Larry loved boating and spent every weekend from May to September aboard “Getaway”, which he referred to as his happy place, and where many family memories were made for over 25 years.  Achieving his OUPV Boating Captains License in 2019 was one of his proudest personal achievements. A lover of music, Larry enjoyed playing one of his many bass guitars in his free time.  He also loved cars, and prided himself in detailing his beloved Monterey Red Corvette or Midnight Blue Audi A7 on a nice weekend.

Larry is survived by his loving wife Noreen (Lyons), daughters Ashley and Shelby, step-son John, sister and brother in-laws and many nieces and nephews.

A memorial gathering will be held on Tuesday March 17, 2020 from 12:00 PM - 2:00PM at the Freeman Funeral Home, 47 East Main Street, Freehold, NJ.  Family and friends will be welcomed at 12:00PM, followed by the memorial service at 1:00 PM.  In lieu of flowers, we will be accepting donations to the Bladder Cancer Advocacy Network at   https://bcan.org/

To find directions, or leave a message of condolence, please visit our website at www.freemanfuneralhomes.com

Share Your Memory of
Lawrence
Upload Your Memory View All Memories
Be the first to upload a memory!