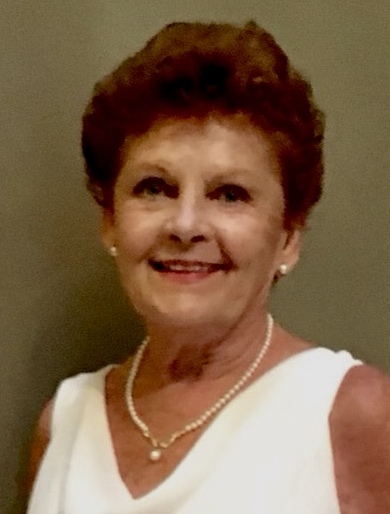 Please share a memory of June to include in a keepsake book for family and friends.
View Tribute Book

June Alice Casey, 86, of West Palm Beach, Florida passed away on Thursday, December 22, 2022, at Princeton Medical Center, Princeton, New Jersey. She was a much beloved mother sister, grandmother aunt, and mother in law. She married Edward Casey, a Korean War veteran in 1955. June is survived by her sons Edward and Robert, daughter Theresa, her son in law Eamon Shields, her brother Robert and his wife Emily, her beloved grandchildren James, Erin, Eamon and Edward, and a host of friends and relatives. June is predeceased by her much loved husband Edward Casey, son Thomas Casey and grandson Conor Shields.

June was an entrepreneur who started her own successful catering business. She had also worked as Director of Community Affairs for the City of New York under mayor Edward Koch. June obtained a Bachelor’s degree in Science, Psychology and Fine Arts from the City University of New York. At 74 years of age June returned to university and obtained her Master’s degree in Psychology. She was the oldest student ever to graduate from Palm Beach Atlantic University. June was self-employed as a mental health counselor until a few months before her passing. She counseled many people using her knowledge of God’s word and her extensive training in psychology. Her greatest loves were, the word of God her family and traveling the world.  She has many friends in Palm Beach, New York and Ireland, where her daughter Terry and son in law Eamon have extended family. June was an accomplished artist and sculptor.  She will be remembered for her endless empathy for others, sense of adventure, courageous heart and spirit of joy!!

Friends and family are invited to attend her memorial gathering on Wednesday December 28th from 11:30am-2:30pm at the Freeman Manalapan Marlboro Funeral Home. A memorial service will be held at the funeral home on Wednesday at 1:30pm during the gathering. To leave a condolence or find directions please visit www.freemanfuneralhomes.com.

Share Your Memory of
June
Upload Your Memory View All Memories
Be the first to upload a memory!
Share A Memory