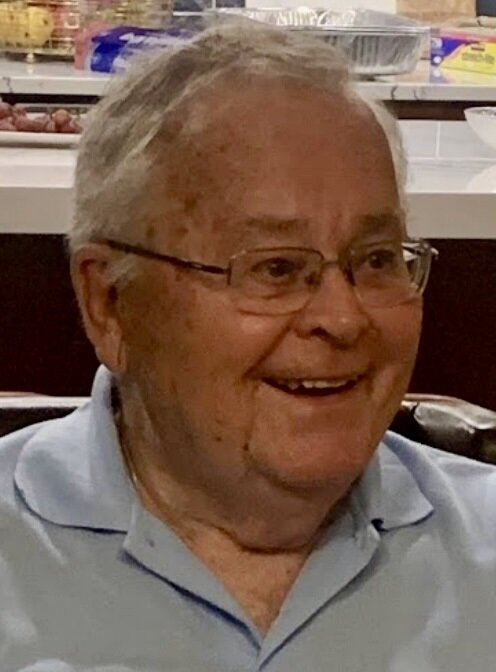 Please share a memory of John to include in a keepsake book for family and friends.
View Tribute Book

He graduated from Mount St. Michael’s High School in the Bronx in 1954 and Fordham University in 1959. John served his country as a member of the U.S. Army in South Korea between 1959-1962. He also earned a master’s degree from Hunter College in 1968. John spent a long career in education working first for the New York City Public School system and then for Collier High School.

In 1965 he married his love of 57 years, Mary, who survives him. John is also survived by his sister Nina, daughters Jean (Eric), Eileen (Jim), Barbara (John), and his son Jack (Lisa) as well as his twelve beloved grandchildren Meghan, Kevin, Brandon, Kaitlyn, Emily, Shannon, Amanda, Julia, Lindsay, James, Miranda, and Ryan who miss him deeply.

He was actively involved in the community where he volunteered in the Coast Guard Auxiliary. John loved fishing and taking his family every year to the shore in Lavallette.

A remembrance of his life will take place on Monday, December 26 from 4:00pm to 8:00pm at Freeman Manalapan Marlboro Funeral Home, 344 Route 9 North, Manalapan, NJ 07726. A funeral liturgy will be held on Tuesday, December 27 at 10am at St. Thomas More Church, Manalapan. Interment to follow at St. Rose of Lima cemetery, Freehold. In lieu of flowers, the family requests donations to the American Heart Association in John’s name.  To leave a condolence or find directions, visit www.freemanfuneralhomes.com.

Share Your Memory of
John
Upload Your Memory View All Memories
Be the first to upload a memory!
Share A Memory