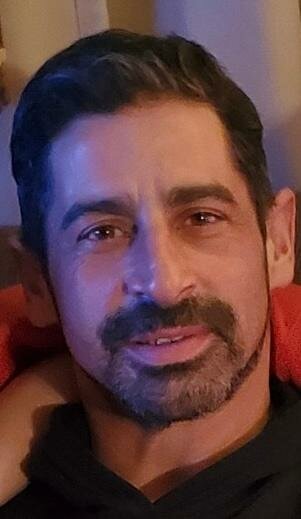 Please share a memory of Michael to include in a keepsake book for family and friends.
View Tribute Book

Michael M. Fuentes, age 49 passed away on Monday October 24, 2022 at Jefferson Bucks hospital in Langhorn, PA. He was born in Freehold and raised in Brick NJ. Michael graduated from Brick Memorial H.S. in 1991. Later in life, he moved to PA and resided in Yardley with his children.

Michael was a pipe welder by trade, part of the Union, Local 9; but a musician at heart. Mostly a self-taught drummer, he played since a very young age to bands such as Rush and Pantera. Michael was a huge Rangers fan, and especially enjoyed watching the games with his children. Michael was an avid reader and would devour books. He also knew his way around the kitchen, loved to cook and explore recipes.


Michael is predeceased by his mother Mary Jane Chalifour and his older brother Dominic Fuentes. He is survived by his father Manny Fuentes; his sister and brother in law Kelly Fuentes Glass and John Glass; his children Gabriel and Addeliana Fuentes and their mother Dawn Pogany Fuentes.
Michael is loved, and will be missed by all his family and many friends.

To leave a condolence or find directions visit www.freemanfuneralhomes.com

Share Your Memory of
Michael
Upload Your Memory View All Memories
Be the first to upload a memory!
Share A Memory