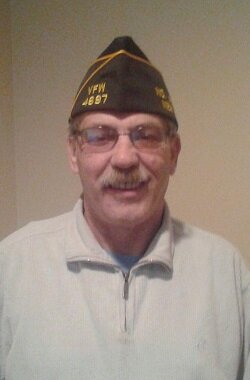 Please share a memory of Philip to include in a keepsake book for family and friends.
View Tribute Book

Philip Michael Gerrish Sr., 66, of Englishtown, passed away on Wednesday, October 12th, 2022 at Robert Wood Johnson Hospital with his children by his side. Philip was born in NYC and raised by his parents Dorothy (Dottie) and Philip Gerrish.  He later moved to Hudson County area where he had 2 children Charron and Philip Jr. Phil later moved to North Arlington but most recently called Englishtown his home.

One of his most celebrated accomplishments was his almost 39 years of sobriety. He was very proud of his commitment to the program and the many people he has helped along the way.  If he was not at a meeting, he was playing cards at the club, taking a ride to Atlantic City, or just at home watching old time television shows. He loved to dance whenever he got a chance and wasn’t shy at showing his dance moves. He was a proud veteran who served 4 years in Germany and would always be willing to share his experiences. He also would be called Pop Pop by his 7 grandchildren; Emma, Jacob, Nelina, Jack, Lillian, Jasper, and Jaelynn.

Philip is survived by his daughter Charron Forster and her husband Chris Forster; son Philip Gerrish and his wife Jessica Gerrish; and his 7 grandchildren.

Friends and family are invited to visit on Monday, October 17, from 2:00pm to 4:00pm and 7:00pm to 9:00pm at Freeman Manalapan Marlboro Funeral Home, 344 Route 9 North.  A funeral liturgy will be held at St. Thomas More Roman Catholic Church on Tuesday, October 18 at 10:00am. Interment will follow at Gate of Heaven Cemetery. In lieu of flowers please consider a memorial donation to The Knights Columbus at www.kofc.org. To leave a condolence or find directions, visit www.freemanfuneralhomes.com

Share Your Memory of
Philip
Upload Your Memory View All Memories
Be the first to upload a memory!
Share A Memory