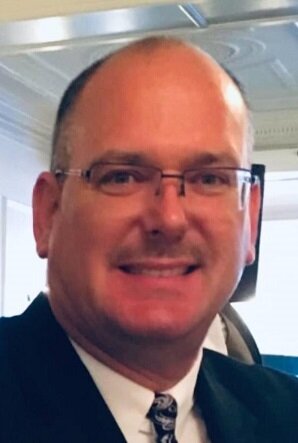 Please share a memory of Christopher to include in a keepsake book for family and friends.
View Tribute Book

A truly exceptional man, one who put family and faith above all else, has gone to be with the Lord.

Christopher Lee Dean, 59, of Marlboro, passed away peacefully in his sleep on Sunday, May 22nd, 2022 at Robert Wood Johnson University Hospital after his two year fight with Pancreatic Cancer.

Christopher was born and raised in Fort Fairfield, Maine by his parents Katherine and Donald. From a young age, Christopher dedicated his life to hardwork and selfless service; Chris began working at the age of four, picking potatoes at a local farm, and throughout his childhood he actively seeked opportunities to help others. Following the completion of his formal education, Chris enlisted in the United States Navy at the age of 18 where he would meet his future wife Victoria Elizabeth Dean. Throughout his ten year career, Petty Officer Dean received two good conduct awards, three Navy achievement medals, and numerous other accolades before being honorably discharged in 1990 as a DT2.

Chris settled in New Jersey following his career and founded Quality Dental Repair Inc., a dental repair business, of which he was the proud owner and operator for 30 years.

Christopher was preceded in death by his father Donald in March of 2022, and his mother, Katherine, still resides in Fort Fairfield today. He leaves behind his loving wife, Victoria and three amazing sons, Thomas, Matthew, and William; as well as his sisters Cheryl Everett, Susan Patenaude, Diane Leighton, and brother Jason.

Christopher Dean was a man who put actions behind his words. He was convicted of his love for his wife, children and community, only putting God above it all. Although Chris did not suffer fools or foolishness, he would take the shirt off of his back not just to help a friend but to also to assist a stranger. Few men have as great a grasp on the need to be present and active in their children’s lives as Chris did. His sons have had the blessing of their father cheering them on at every point in their lives from their academic and athletic achievements to their careers and future ambitions.

While Chris adored the role of fatherhood and played it to its fullest, above all on earth was his love for his wife Victoria. A true team and partnership, he loved her with all his might and would go to the ends of the earth, if necessary, to protect her and that love. Deeply religious, Chris actively participated in church and held several lay positions. As a family man and community organizer, Chris led several election campaigns in Marlboro while serving as the Chairman of the municipal Republican Party. Chris was not limited to politics, and actively seeked to give back to the community through fundraisers, blood drives, and finding anything that needed to be fixed.

There will be a tremendous void in the lives of those who knew and loved Chris but if we honor his faith and believe in the sacrifice and resurrection of the Lord, we know that we will see Chris again.

For now, fair winds and following seas thou good and faithful servant.

All Friends and family are invited to Christophers’ visitation on Tuesday, May 31 st , from 4:00pm to 9:00pm, at Freeman Manalapan Marlboro Funeral Home, 344 Route 9 North, Manalapan. A funeral service will be held at the funeral home on Wednesday, June 1 st at 10:30am. Interment will follow at Brigadier General William C. Doyle Veterans Memorial Cemetery, Wrightstown. In lieu of flowers please consider a memorial donation to Rutgers Cancer Institute of New Jersey. Please make a check payable to CINJ-RUF and mail to CINJ Development Office, PO Box 193, New Brunswick, NJ 08901. Donations can also be made online following https://www.cinj.org/giving/ways-give . To leave a condolence or find directions, visit www.freemanfuneralhomes.com

Share Your Memory of
Christopher
Upload Your Memory View All Memories
Be the first to upload a memory!
Share A Memory