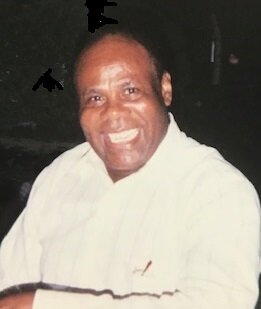 Get Directions
Friday
6
May

Joseph Lamorissiere Célanges, beloved father, grandfather & great-grandfather went home to the Lord on Tuesday, April 26, 2022, at the age of 92. Joseph died peacefully surrounded by members of his family.

Joseph was a professional tailor who owned a successful business with a large clientele in Port-au-Prince, Haiti. In 1965, Joseph decided to immigrate to New York City to seek a better life for his family. With him, he brought his tailoring skills and opened and operated a tailoring and dry-cleaning business on Broadway between 105th and 106th streets in Manhattan for over twenty years until his first retirement in 1994. Upon deciding that retirement was not for him, Joseph then worked as an expert tailor at several clothing shops, including Alexander Department Store in New York, Boscov’s in Tom’s River, and finally, Brooks Brothers in Red Bank, New Jersey.

Joseph was known as a sharp dresser in the neighborhood or anywhere for that matter, always wearing a suit of his creation.

Joseph instilled in his children the value of education, studying hard, and the importance of arduous work, determination, perseverance, and responsibility. To that aim, he would regularly have them come to his shop to work after school and on Saturdays.

A wake will be held for family & friends from 6:30-8:30 PM on Thursday, May 5 th, 2022, at Freeman Manalapan Marlboro Funeral Home, 344 Route 9 North Manalapan, New Jersey. A funeral liturgy service will be held at St. Rose of Lima Church in Freehold. New Jersey on Friday, May 6th, 2022, at 10:30 AM. Entombment will follow at St. Rose of Lima Cemetery and Mausoleum, 299 Freehold Englishtown Road, Freehold, New Jersey. In remembrance of Joseph’s life, the family asks that in lieu of flowers a charitable donation be made to the American Stroke Association, www. stroke.org.

Share Your Memory of
Joseph
Upload Your Memory View All Memories
Be the first to upload a memory!
Share A Memory