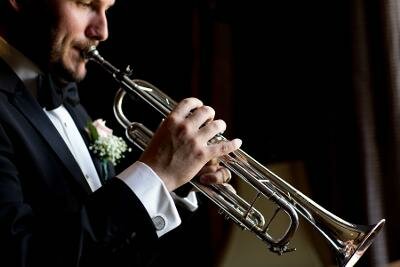 Jeffrey David Starr, 32, of Freehold died at home on February 17th following a prolonged illness. He was surrounded by his family and loved ones. Jeff was born in Bergen County and was a resident of Freehold Township. He was a graduate of the University of Delaware, where he studied music, which was his passion. He is survived by his loving wife, Catherine Cunningham-Starr, his son Christopher, his mother Cheryl Starr, his brother and sister-in-law Adam and Stephanie Starr, maternal grandparents Ron and JoAnn Tucker, and his beloved dog Shelby. Also surviving are his in-laws James and Regina S. Cunningham. He leaves behind many loving aunts, uncles, cousins, friends, colleagues, and students. He is predeceased by his father, Herbert Starr.

Mr. Starr worked as a music teacher and advocate for the arts for the Henry Hudson School District. He produced a number of theatrical and concert programs for the school and helped to develop talent among aspiring young performers. His Admiral Pride was truly unparalleled. He was also a professional musician and played trumpet for the Moroccan Sheepherders for a period of time.

Jeff loved his family. He especially loved spending time with his son Christopher. He was an avid baseball player and life-long Yankee fan, much to his wife’s dismay (she prefers the Red Sox). He shared his love of baseball with his brother Adam and they loved to talk as Jeff said, “about baseball, video games, and baseball video games”. He was a dedicated son to his mother Cheryl, who he never failed to call and let know that he had “done a thing” whenever he accomplished something worthwhile.  Jeff was a car aficionado and took pride in working on his 2013 Mustang. He also enjoyed gaming with his buddies, especially if it was accompanied by a glass of good scotch.

Family and friends are invited to visitation on Wednesday, February 23rd from 2-4 and 6-8 PM at the Freeman Funeral Home, 47 West Main Street, Freehold.

In lieu of flowers, the family is asking that donations be made in Jeffrey’s honor to the music program at Henry Hudson Regional School. Please direct donations to 1 Grand Tour, Highlands, New Jersey 07732, Attention: Lenore Kingsmore, with a memo note for the music program.

Share Your Memory of
Jeffrey
Upload Your Memory View All Memories
Be the first to upload a memory!
Share A Memory