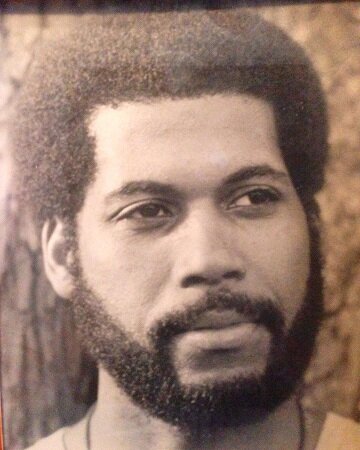 Norman William Drayton, age 67, son of the late Leo Holmes Drayton and Vivian Porter, was born in Brooklyn, NY on March 26, 1954. He was one of six children, with brothers Leo Drayton, Jr. and Wayne Smith, and sisters, Stephanie Drayton, and Sabrina and Denise Smith. Norman, also known by many as “Stormy D”, passed away on January 28, 2022 at Jersey Shore University Medical Center in Neptune, NJ.

As the son of a dedicated and decorated U.S. Army drill sergeant, Norman embodied strength, commitment, and dedication. After graduating from Jefferson High School, he attended NYC Community College in Brooklyn, NY, where he studied heating and refrigeration. He worked for AIG as a form analyst and later, for NYC’s MTA Transit Authority as a bus operator for 25 years. He carried a disciplined approach in both his personal and professional life, where Norman woke up every morning at 3 AM, commuted to Brooklyn, drove for 10-12 hours a day, and still made time to attend his children’s afterschool sports and events.

Norman had a deep and hearty laugh with a big sense of humor. He was also the type of person who never kept still and was always on the move. He loved to drive and take road trips with his family. He was an impassioned fisherman, enjoyed cycling and playing paddle ball, and could always be found watching his beloved NY Giants and Brooklyn Nets. Norman was also a huge movie buff and had such an extensive DVD collection, that he eventually had to be forced to stream movies to save space!

Two of Norman’s biggest passions were music and cars. He was an accomplished percussionist and was one of the lead conga drum players in the band, Smokin’ Shades of Black. Their band toured in many music venues around the country. Norman’s fascination for cars started at a young age. He loved everything about their design and mechanics, and he found much joy in maintaining and repairing them, including restoring one of his cherished possessions – his bright turquoise 1970 Chevrolet Chevelle.

Norman met Arlene, his wife of 35 years, while traveling on the NYC subway where they instantly connected. Norman and Arlene had two wonderful children, Rose and Norman Drayton, Jr. The pair later moved their family from Brooklyn to Freehold, NJ, where they have lived happily since 1996. Norman was devoted to his family and made every sacrifice to give them everything they wanted and needed. He was also an extremely proud Navy Dad.

Norman was predeceased by his brothers Leo and Wayne and his sisters, Stephanie and Sabrina. He is survived by wife Arlene, daughter Rose, son Norman, granddaughter London, sister Denise, stepfather Joe Porter, and many loving aunts, nieces, nephews, and cousins.

Friends and family are invited to visit on Saturday, February 12th, from 11:00am to 1:00pm, at Freeman Manalapan Marlboro Funeral Home, 344 Route 9 North, Manalapan.  A funeral service will be held at funeral home on Saturday at 1:00pm. To leave a condolence or find directions, visit www.freemanfuneralhomes.com

Share Your Memory of
Norman
Upload Your Memory View All Memories
Be the first to upload a memory!
Share A Memory