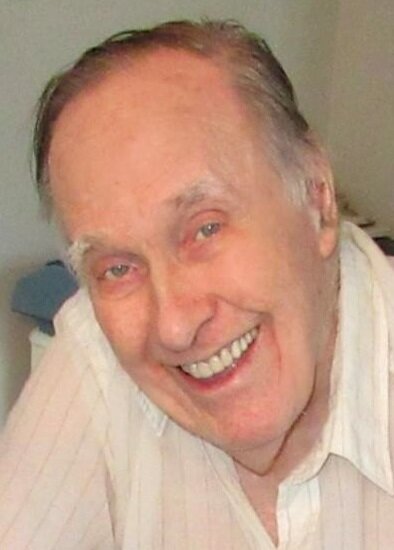 Please share a memory of Conrad to include in a keepsake book for family and friends.
View Tribute Book

Conrad Bernard Dougherty, 89, of Monroe, passed away peacefully on Tuesday, December 14, 2021, at home. Born in Hazleton, Pennsylvania, he resided in Monroe for 16 years, he previously lived in Manalapan for 30 years. Conrad graduated from St. Gabriel’s High School in Hazleton, PA, and then later received his MBA from Fairleigh Dickinson University in New Jersey. He received a degree in Business Administration from Penn State University.  For 35 years Conrad was employed with Bendix/Allied Signal as an accountant before he retired.  From 1953-1955 he proudly served his country in the United States Army.

He is predeceased by his brothers Daniel and James; and son-in-law Thomas.  Conrad is survived by wife Marion, his two daughters Patricia and Diane; brother Thomas and grandsons Ryan and Tyler.

Friends and family are invited to visit on Sunday, December 19th, from 11:00am to 1:00pm, at Freeman Manalapan Marlboro Funeral Home, 344 Route 9 North, Manalapan.  A funeral service will be held at the funeral home on Sunday at 12:00pm.  Interment of cremains will take place at a later time at Brigadier General William C. Doyle Memorial Veterans Cemetery, Wrightstown.  To leave a condolence or find directions, visit www.freemanfuneralhomes.com

Share Your Memory of
Conrad
Upload Your Memory View All Memories
Be the first to upload a memory!
Share A Memory