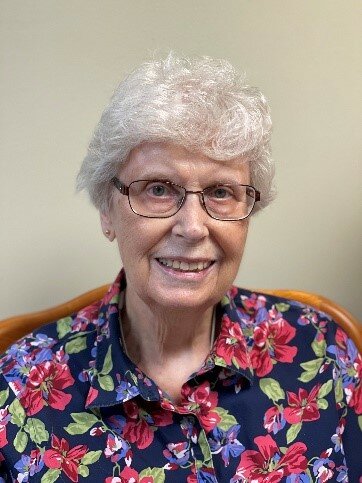 Visiting hour will be held outside at the Colts Neck Reformed Church on September 18, 2021 from 1:30-2:30pm. A Memorial Service to be held immediately following in the Sanctuary at 2:30pm. Masks and social distancing are required during the service.

Dorothy Spofford Roden, 87, of Freehold NJ, passed away on Friday September 3, 2021 surrounded by her family.

Dorothy was predeceased by her parents Walter and Elenora Spofford, her brother and his wife Walter Spofford Jr. and Pamela, daughter-in-law Teresa Holden, and a grandson Kelly Patrick Roden. She is survived by her loving husband of 64 years, Charles, and her children Kenneth, Janet (Joseph Witcofsky), Barbara (David Sowell), and Susan (Herbert Clarke). She was a proud Nana to nine grandchildren and one great-grandchild. She is also survived by her brother and his wife David John Spofford and Joan of Swampscott, MA.

Dorothy was born and raised in Swampscott, MA and graduated from Salem Hospital School of Nursing in 1955. She continued working at Salem Hospital until 1959, supporting Charles as he finished his undergraduate degrees. Shortly after she and Charles were married, they moved to Plainfield, New Jersey.

In 1965, they relocated to Colts Neck spending the next 46 years raising their four children. Dorothy was a loving mother and always enjoyed participating in her children’s activities. Over the years, she served as a cub scout leader, girl scout leader, and softball coach. She spent many hours at swim meets as a lane timer and cheerleader.

Dorothy was a devoted member of the Colts Neck Reformed Church where she sang in the choir, played in the handbell choir, and participated in craft groups and bible studies. She was a frequent volunteer at the church’s annual Election Day Dinners.

Dorothy led an active life. She was an avid tennis player. For 25 years, she played with the same group of friends and they never once kept score. More important than winning was the post-match comradery.

Dorothy and Charles moved to Applewood in 2013. She loved living at Applewood because of the welcoming community. She enjoyed participating in the activities and cherished the new friendships she made. She served on the Health and Wellness Committee and sang in the chorus but her true passion was serving on the Library Committee. Because she loved to read, serving on the committee gave her a sense of purpose and pride. She enjoyed researching new books and looked forward to her trips to Barnes & Noble to find the perfect selections for the library. Above all, she valued her involvement with the people of Applewood.

Visiting hour will be held outside at the Colts Neck Reformed Church on September 18 from 1:30-2:30pm Memorial Service to be held immediately following in the Sanctuary at 2:30 pm. Masks and social distancing are required during the service.

Share Your Memory of
Dorothy
Upload Your Memory View All Memories
Be the first to upload a memory!