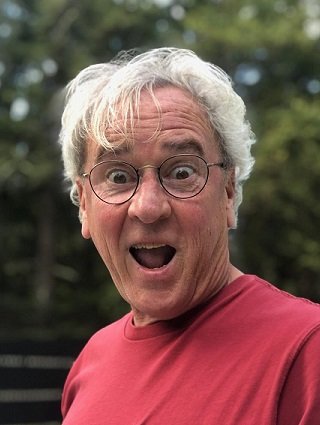 John P. Binninger, 62, of New York City, passed away unexpectedly at Mount Sinai West Hospital in NYC.  He was born in the Bronx, and later grew up in Stony Brook, NY.  John was a loving and devoted husband and father, and lived on Manhattan’s Upper Eastside with his wife and daughter.  He had a successful 40+ year career in the film and television as a telecine colorist, with the past 15 years at the CBS Broadcast Center in New York City.  John was passionate about music, guitars, restoring classic cars, and adored Rosie, the family cat.

A visitation will be Tuesday, February 11 from 2-4 & 7-9pm at the Freeman Funeral Home, 344 Route 9 North, Manalapan, NJ.  A Funeral Liturgy will be held 10:00am on Wednesday, February 12th at St. Thomas More R.C. Church in Manalapan, NJ.  Interment will follow at Old Tennent Cemetery.  To find directions or leave a message of condolence, please visit our website at www.freemanfuneralhomes.com.

Share Your Memory of
John
Upload Your Memory View All Memories
Be the first to upload a memory!